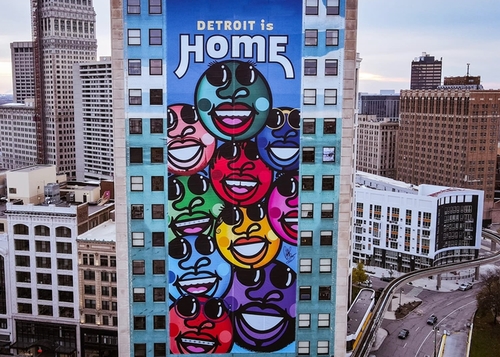 The Detroit whale muralist has taken his gripe over his covered-up work to the Michigan Supreme Court.

Robert Wyland of filed a brief seeking to block ads from covering the piece, according to WDIV. It's happened intermittently since 2006, and most recently an ad for Rocket Companies, designed by Phillip Simpson of Detroit, sparked a social media campaign to restore the whales.

Wyland claims that violates Visual Artists Rights Act, which prohibits the destruction of visual art of "recognized stature." He says covering the work is the equivalent of destroying it.

Wyland, an internationally known artist and conservationist, is from Madison Heights and and attended Detroit's Center for Creative Studies in the 1970s. He now lives in the Florida Keys, California and Hawaii.