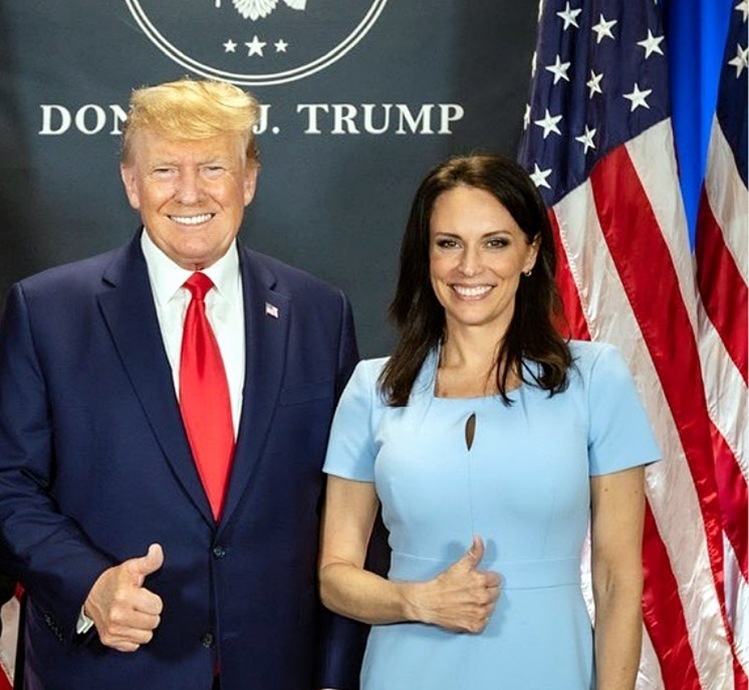 During a Macomb County rally in April Tudor Dixon was the only Michigan gubernatorial candidate who ex-President Donald Trump publicly praised.

On Friday night, just days before next Tuesday's election, Trump finally ended the dance by officially endorsing Dixon, who's locked in a tight race.

Dixon is part of what many consider the B-team of GOP gubernatorial candidates this year. Five other candidates, including for ex-Detroit Chief James Craig, were booted from the ballot for bad signatures on their  election petitions.

Some political observers had wondered whether Trump would follow through with a Dixon endorsement after the DeVos family threw its weight behind Dixon. Betsy DeVos, was Trump's secretary of education when she discussed with others, the possiblity of removing Trump after the Jan. 6 riot.

Ms. Dixon is one of three Republicans in the race — out of five total — who have asserted that Mr. Trump was the real winner in Michigan in the 2020 presidential election, even though he lost there by 154,000 votes.

An NBC poll earlier this month showed 19 percent of Michigan Republicans backing Ms. Dixon, giving her a slight lead over Kevin Rinke, a businessman whose support was at 15 percent. Garrett Soldano, a chiropractor, had 13 percent.

The winner of Tuesday's primary will take on Democratic Gov. Gretchen Whitmer.

Support Deadline Detroit journalism. Become a member or give a one-time donation by clicking here.